Motorcycles are definitely a luxury that a lot of people can’t afford. They’ve been around for a long time and everybody who owns one loves the sound of their throttling engines. This is one of the many reasons people choose to purchase a motorcycle. Some of the motorcycles on the road today are certainly cheaper than others.

There are a lot of motorcycle brands on the market that exceed a normal person’s budget. These brands create motorcycles that can cost tens of thousands of dollars at once. Some of them may even go higher than that.

In this article, we’ll go over the top luxury motorcycle brands on the market today. Some of them are well-known whereas others you may not have ever heard of.

I think everybody knows what a BMW is. When we see them all over the road, whether it’s an SUV, car, or motorcycle. BMW has a net worth of over $184.36 billion and has been around since March 7th, 1916.

BMW is widely popular as the most luxurious motorcycle brand in the world. Its headquarters is in Munich, Germany and as we all know, German brands seem to always be luxurious. Their motorcycles.

Their most popular motorcycle is the HP4 Race. This bike is constructed using advanced technologies that implement carbon fiber. The bike itself weighs a mere 321 lbs. It delivers 212 horsepower and has a price tag of a whopping $78,000.

It’s also recommended that the motor is replaced every 3,000 miles, so if you’re a long-distance rider, this may not be a suitable option for you.

Honda has been a staple in both the auto and motorcycle industry. They’re both relatively affordable, depending on the model. They were founded in October 1946 and are headquartered in Minato, Tokyo, Japan. They have a net worth of $101.23 billion.

Japan is known for making reliable and long-lasting products. Some of Honda’s motorcycles have been on the road for more than 50 years without issues. Their most luxurious street-legal motorcycle is the RC213V-S.

This bike costs upwards of $184,000. It’s fast, maneuverable, and based on the RC213V motorcycle. It was designed exclusively for racing and about 80% of the parts are shared. It has a sturdy aluminum frame, an under-seat gas tank, and carbon fiber-reinforced plastic bodywork. It has a 999cc V4 engine with 8,000 RPM.

Ducati is an Italian motorcycle manufacturer. They’re well-known for producing racing bikes, but they also produce motorcycles for people who want to take a leisurely ride around the city. They were founded in 1926 and headquartered in Bologna, Italy. Their net worth is a whopping $38.48 billion.

Their motorcycles are crafted with the best performance, designs, outlook, and framework you could ask for. Their most luxurious motorcycle in 2022 is the Ducati Panigale V4 SP2. It has an MSRP of $39,500, but configurations can bring that price up to $59,384 or more.

The V4 SP has a 210 HP engine with 90.6 ft. lbs. of torque at 11,000 RPM. It has a fully adjustable suspension with electronic compression and rebound damping adjustment. This will keep the aluminum alloy front frame engine and rider traveling at high speeds on a track of your choosing. Yes, this is a closed-course bike. It’s not for leisurely rides.

Suzuki motorcycles are popular in the United States and Japan. Their headquarters are in Hamamatsu, Shizuoka, Japan, and their net worth are $13.94 billion. It’s a luxurious fashionable motorcycle manufacturer that was first popularized in 1999.

The company was founded in 1909 by Michio Suzuki. The company manufactures outboard motors, cars, motorcycles, engines, and ATVs. Right now, their most luxurious bike is the Suzuki GSX-R1000R.

The Suzuki GSX-R1000R has a price tag of $17,750, which is considerably less than the Honda and BMW bike. The 2021 model is an ultra-high performance bike with a flexible engine that delivers class-leading power while remaining smooth and controllable. It has a 999.8cc inline-four-cylinder engine and 76.0mm bore.

Harley Davidson remains one of the most popular motorcycle brands of all time with a net worth of $5.73 billion. It was founded in 1903 and is headquartered in Milwaukee, Wisconsin. Their motorcycles are collected by enthusiasts all over the planet.

They manufacture some of the most beautiful and powerful motorcycles in the United States. You’ll see small cruisers, large full-dress bikes, and low-riders. The only thing you won’t see from Harley is a crotch rocket.

Today, their most luxurious model is the 2022 CVO Street Glide with a price tag of $41,899. It features the highest trim Harley makes. It has a 4.5 stroke Milwaukee-Eight 117 V-Twin engine with 126 ft. lbs. of torque and 3750 RPM. It has corner safety enhancements and H-D touring chassis.

Yahama has been known to manufacture audio equipment, electronics, motorcycles, and musical instruments. It certainly has a wide variety of products.  It was founded on October 12th, 1887, and is headquartered in Naka-ku, Hamamatsu, Shizuoka, Japan.

They’ve been known for being the world’s best bike maker, but their engine means something else. They’re strong, durable, but luxurious. Their most luxurious motorcycle is the YZF-R1M coming in at $26,299. It’s their flagship motorcycle and a supersport bike.

This bike has an advanced electronic system, carbon fiber components, a GPS system, a six-axis mechanical phenomenon measure unit, and much more. It has a powerful 998cc incline-four-cylinder engine with cross-plane crankshaft technology. It’s the closest thing to an illegal sports bike that’s legal if you understand what we’re saying.

Triumph is a motorcycle brand that many enthusiasts are after. They’re determined to uphold its heritage signs and their retro designs are famous worldwide. They have a net value of $1.58 billion and were founded in 1983.

Today, these bikes are being upgraded with high-tech parts and components. Today, their most luxurious motorcycle is the Triumph Rocket 3. It has a longitudinally-mounted triple-cylinder 2,500cc engine, 163 ft. lb. of torque, It’s 165 HP motor gives this 700-pound beast unmatched performance.

Kawasaki is one of the most popular motorcycles and sports bike brands. They began manufacturing motorcycles when they acquired Meguro motorcycles, one of the first Japanese builders. Today, they have a net worth of $3.19 billion.

The H2R has a liquid-cooled, 4-stroke, 998cc engine with a compression ratio of 8.3:1. It has a 6-speed, return, dog-ring transmission and a sealed chain. It features engine management technology such as economical riding indicators, electronic throttle valves, and more. It also has ABS, KIBS,  and silver-mirror paint.

Moto Guzzi is a luxury motorcycle brand headquartered in Mandello del Lario, Italy. As you know, many luxury products are manufactured in Italy. This company’s net worth is $1 billion and they were founded on March 15th, 1921.

This brand is one of the most luxurious and luxurious in the world because its bikes are made with high-end features. Each Guzzi part is equally sturdy and robust, so working on them is very easy. This brand ensures their bikes are pieces of art on wheels.

Their most luxurious motorcycle to date is the Moto Guzzi V100 Mandello. It has a 115 HP, 1042cc, V-twin engine with 77 ft. lb. of torque. The transmission is a 6-speed with a quick-shifter and shaft-drive. The engine is liquid-cooled and it has an electronically adjustable windshield and semi-active suspension. The cost? It starts at $19.9k.

MV Agusta is headquartered in Varese, Italy, and has a net worth of $700 million. They were founded on February 12th, 1945 by Giovanne Agusta. They have been known to create some of the most luxurious motorcycles known to man.

Their motorcycles are often limited versions, so they’re well-known for their rarity, which is what makes them so luxurious. Everything is selected on a small scale considering the value of quality.

Their most luxurious motorcycle is the MV Agusta Rush 1000. The price starts at $45,598 and can go even higher if you choose to add optional equipment and features. It begins with a 998cc inline-four engine with different cam timing for better low-and midrange torque. It can reach 208 HP at 13,000 RPM with around 86 ft. lb. of torque at 11,000 RPM.

As you can see, there are a ton of motorcycle brands that bring luxury to the table. Unfortunately, some of their most luxurious bikes are going to come with a hefty price tag, but you may be surprised.

Remember, most of these motorcycles are upgradable, so if you choose to take advantage of it, the price will go up even more. But hey, if that’s what it costs to be luxurious, why not do it? 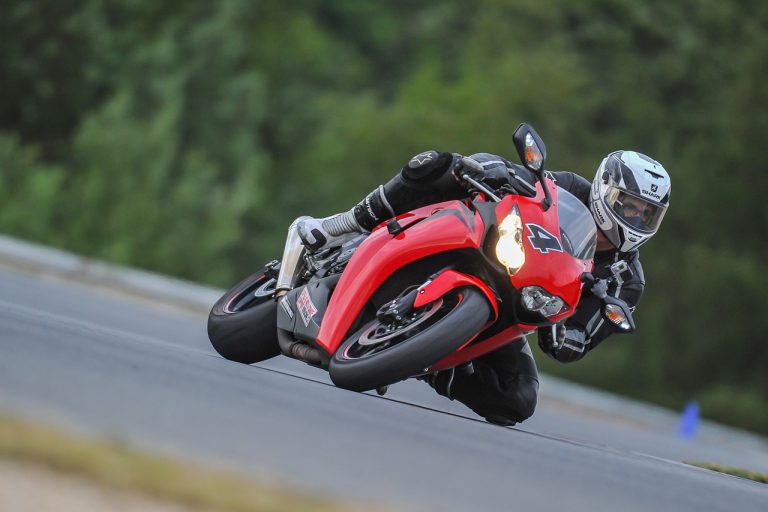 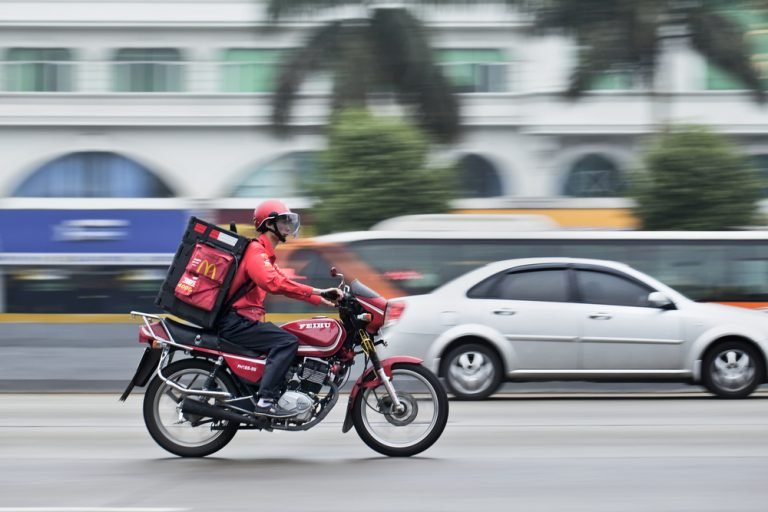 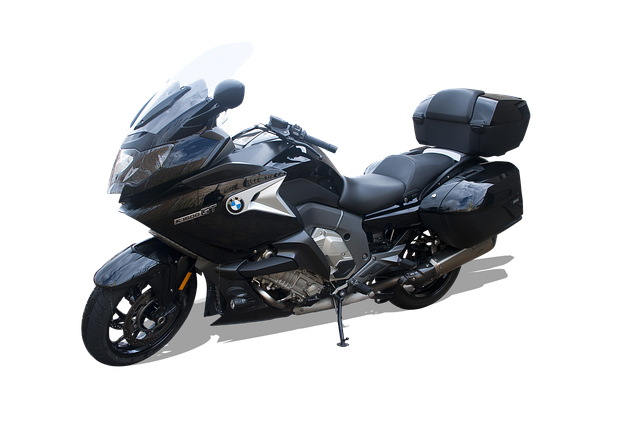