The Bennche Bighorn is an ATV known for its functionality, affordability, and extra features. While the ATV is gentle on the wallet, it has several problems users should know.

Problems with the Bennche Bighorn 700 include battery issues, power and startup problems, gas and engine issues, smoking, and gear shift problems. While most cases can be avoided with regular maintenance, some occur during vehicle development and require professional help.

Troubleshooting potential issues is vital to avoid anything significant which can lead to high maintenance bills. This article will review common problems you may encounter with the Bennche Bighorn 700, the ATV’s specifications, and information on how to address issues.

What is the Bennche Bighorn 700?

The Bennche Bighorn 700 is a two-seater side-by-side ATV ideal for hunting, camping, fishing, pulling, towing, hunting, and carrying. The ATV comes with push-button 2WD to 4WD, allowing you to switch depending on the terrain.

In addition, the vehicle comes with extra features like a windshield, top, center console, taillights, rearview mirror, horn, headlights, and blinkers, making it a street-legal UTV. Users appreciate the affordability of the Bennche Bighorn 700, with standard models coming in under $10,000.

Who Makes the Bennche Bighorn 700?

The Bighorn 700 is produced by Bennche, a company founded in 2009 based out of Dallas, Texas.

Bennche was honored in 2013 as one of the 100 fastest-growing companies in Dallas. The company produces ATVs, UTVs, and side-by-side vehicles with several customization options.

All vehicles are assembled in Texas and shipped directly to dealers, with the company priding itself on performance and dependability.

In addition, while they are put together in Texas, products are made by top manufacturers in China. Also, Bennche offers a 12-month unlimited warranty on the engine and drive system.

Finally, Bennche also makes the official ATVs and UTVs for the Texas Rangers and Dallas Cowboys.

Common Problems with the Bennche Bighorn 700

If you are in the market for a new ATV or currently own the Bennche Bighorn 700, you should be aware of common problems you may encounter. Understanding potential issues can help you address them if they arise.

Starting problems with the Bennche Bighorn 700 can occur if you have low battery power. Despite the inconvenience, battery problems are one of the easiest to fix and require you to perform testing on the battery.

First, you should test your battery with a voltmeter, which you can purchase from a local auto parts store. Ideally, it should have a reading around 12V, but a lower value indicates you should charge your battery.

If the battery isn’t the problem, and you have a full gas tank, it’s likely an electrical issue or a problem with the spark plugs. First, inspect the spark plugs and determine if they require cleaning.

You should also check for rust and ensure there is a slight opening in the spark gap. Sometimes you need to test it with a multimeter to determine if it is faulty.

Finally, a power issue can occur if your clutch is faulty, but a replacement from a repair shop can fix the problems.

Your Bennche Bighorn 700 requires fresh gasoline to operate correctly, and old gas can lead to corrosion. So, if you haven’t used your ATV in a while, you might be experiencing issues because of old gas.

You should drain the gas before leaving your vehicle for extended periods to avoid potential issues.

In addition, if you have had gas sitting in the fuel system, it’s best to change the gasoline filter to start fresh. You can also add a fuel additive to help with cleaning.

There are several reasons behind engine issues, so you must thoroughly inspect your vehicle to find the root cause. First, you may have a clogged exhaust or air filter causing engine issues, which is easier to fix.

However, engine issues can also be caused by blocked fuel lines, which likely require a visit to a professional. If you are familiar with the ins and outs of your engine, you might feel comfortable tackling the issue.

But, if you hesitate, you should visit a reputable repair shop. Anytime you address an issue on your ATV, you should refer to the owner’s handbook for helpful troubleshooting tips and a basic overview of how your vehicle should operate correctly.

You may experience gear shift problems with the Bennche Bighorn 700. To test this, you should see if you can shift gears without running your engine. If you can successfully shift gears while the engine is off, your problem is likely not with the gear shift.

However, if you experience issues while the engine runs, you probably have a faulty belt or clutch.

Users have reported smoking with the Bennche Bighorn 700, which sometimes occurs as moisture burns off. However, if the smoke appears when you rev your engine, or it starts early and fades, you likely have an issue with the piston rings or valve seals.

You also want to pay attention to the color of the smoke. For example, white smoke is normal, while black smoke is a telling sign of burning gasoline, which can be hazardous.

In addition, blue smoke indicates burning oil, which can lead to significant problems.

Like most ATVs, the Bennche Bighorn 700 has various common problems that can be a nuisance to its user. However, despite the annoyance, you must address issues as they arise to avoid anything major down the road.

For example, always ensure your ATV has fresh gas and drain the tank if the vehicle sits for long periods. In addition, keeping the engine clean and clear of dirt and debris can help your vehicle run smoothly.

If you are ever in doubt about addressing a specific problem, you can refer to your owner’s handbook or contact a repair shop that has experience with ATVs. 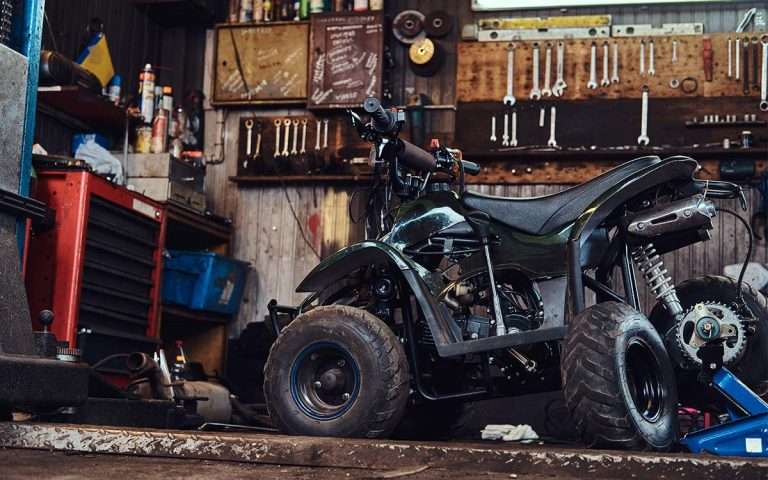 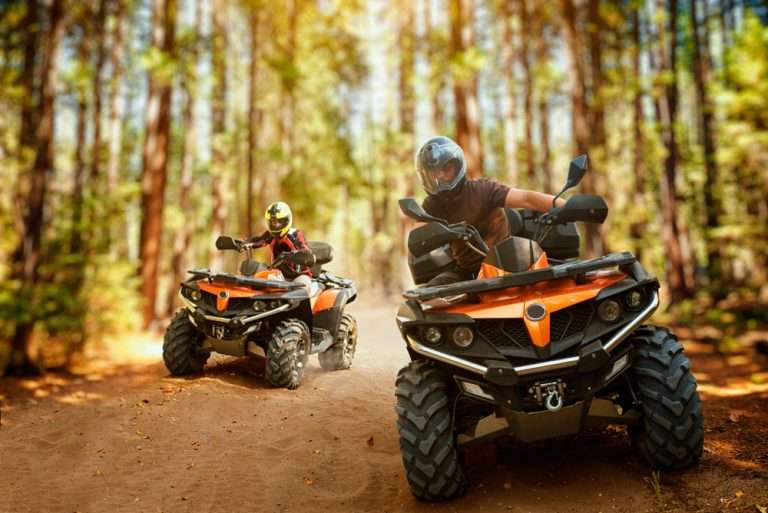