The Kawasaki Prairie 360 often had problems with engine misfires, overheating, and starter troubles. Other issues with this little ATV include idling problems, an issue with 4-wheel drive not engaging, and a problematic engine cooling fan. Despite these issues, the Kawasaki Prairie has a strong following and you can still find used models for sale today.

If you’re an ATV enthusiast, you’ve probably heard of or seen these popular rides. Are you looking to buy one and want to know everything you can about them? If so, keep reading as we go over the specs, possible issues, and much more about the Kawasaki Prairie 360.

Everything You Need to Know About the Kawasaki Prairie 360

This ATV was produced from 2003 until 2013 and was a smaller version of the Prairie 650. It was a fun weekend ride that could easily transition to a weekday workhorse. Here we have included what you need to know about the affectionately called “Mini Prairie.”

Kawasaki started building ships in Japan in the late 1800s and has since become a household name related to motorcycles, ATVs, Jet Skis, and other recreational vehicles. Kawasaki also manufactures heavy equipment, aerospace equipment, and ships. Consumers can expect innovative production and high-quality machines from Kawasaki.

Cost of A Kawasaki Prairie 360

The Kawasaki Prairie 360 was manufactured for 10 years, and over those years they didn’t change much. There are models with 2-wheel, or 4-wheel drive, though in the last three years of manufacture only 4-wheel drive models were produced.

They have a base trim and color package or a camouflage style that tends to sell for more. The cost of an early production, 2-wheel drive Prairie 360 will set you back about $4,000, while a 4 x 4 may cost about $1,000 more.

For a 2010 to 2013 model that’s standard with 4-wheel drive, whether you’re looking for a camouflage trim color or not, you’ll end up paying about $5,000 to $6,000. These prices really depend on the age and condition of the ATV. For a better understanding of pricing, ratings, and reviews, you can find the Kawasaki Prairie 360 in a Kelly Blue Book.

Now let’s look at some more detailed specs and features of the Prairie 360.

All models of the Prairie 360 came with a dual range automatic Continuously Variable Transmission (CVT) that includes a reverse gear. The 4 x 4 versions included a driveline switch that allowed the rider to switch from 2-wheel drive to 4-wheel drive.

The Kawasaki Prairie 360 came with an electronic ignition and starter. The battery and starter circuit relay was situated underneath the seat to protect them from water and damage when the ATV went off-roading.

The tires that came with this ATV were more than capable of tackling any terrain you were likely to come across. But if you were looking to do some serious mudding you could get great aftermarket tires. Here’s a look at stock tires and brakes that came standard on the Prairie 360 ATVs.

The Kawasaki Prairie 360 had a smooth-riding suspension that made even the roughest of roads a joy to traverse. It should be, as it was the same suspension as the bigger Brute Force 650.

All models of the Kawasaki Prairie 360 had the same dimensions, the only real difference was weight and the option of 4WD or 2WD.

U.S. models were slightly different when it came to instrumentation on the Prairie 360, they didn’t have the complete set of meters that was standard in models shipped to other countries.

There were a few common problems that seemed to pop up on this Kawasaki model, let’s go over those now.

Problems That Come With the Kawasaki Prairie 360

Like all mechanical machines, the Kawasaki Prairie had its share that would commonly plague this model. Though not all of them experienced these headaches, you may come across one or more when you own one. We have also included common fixes for the most common issues.

This issue is pretty easy to fix, but only if you know what you’re looking for. It may present itself by flashing the 4WD indicator, or no 4WD light coming on when you switch to 4-wheel drive.

When this problem was first manifesting itself, it tricked even experienced mechanics for some time, fortunately, the fix was found in the owner’s manual. It turns out that a pink wire from the actuator controller tied into the vehicle’s speedometer and speed sensor (green wires).

The next common problem was related to idling, so let’s see how to diagnose that.

ATVs often sit unused for extended times. Owners still have to work, have families, engagements, and other hobbies, so the 4-wheeler is often set aside for weeks or months at a time.

Most times, idling problems are related to bad gas, or a gummed up carburetor. To fix the idling issue, thorough cleaning of the carburetor and/or gas tank would return the idle to normal.

Other times a bad O-ring was the culprit. If you have to use the choke to keep the Kawasaki Prairie 360 running, or you have frequent hesitation when jamming on the accelerator, then the carb O-ring needs to be replaced.

Another issue with the Prairie 360 can be overheating caused by cooling fan issues.

The Kawasaki Prairie 360 had an air-cooled engine. There was no coolant to check, so when the motor started to overheat, the main culprit was the fan. Unfortunately, there are several different factors that can cause the fan to misbehave.

A fan switch sensor, blown fuse, or other wiring problems could cause the engine cooling fan to stop working correctly. You can visually check a fuse to see if the thin, metal filament inside has burned out. Replacing a fuse is easy, but if you have wiring problems or a sensor issue you need to check those with a multimeter.

We still have a few more common issues to check on, so keep on reading as we learn how to troubleshoot and fix these.

How to Troubleshoot a Kawasaki Prairie 360

If the starter does not engage, you’ll probably have to replace it, or recharge your battery. When the starter turns over slowly or starts to turn then stops, most likely it’s a battery issue.

Check your battery to see if it has a charge.

Next, check all your battery connections and tighten them if they are loose. Clean them thoroughly if you see any signs of corrosion.

Now, charge your battery fully and try to start the ATV again. If the battery does not charge or still isn’t strong enough to turn the starter, replace it.

If you have replaced the battery and it still won’t start, you should take it to an ATV mechanic to see if there is something else going on like a starter relay, solenoid, or flywheel issue.

What if your engine misfires? Let’s look at that now.

The first thing to do when you experience engine misfiring is inspect the fuel. Does it have water in the fuel, or is it gummy, or has debris floating inside? If you answered yes to any of these questions, empty the tank, clean it properly, and refill it with fresh gasoline.

If your fuel isn’t the culprit, next check the spark plug, and wires. Inspect for cracks, loose connections, or buildup. Replace the wire if there is any damage or corrosion inside the boots.

Do the same for the spark plug if the points are worn down, it’s discolored, or has fuel or gas coating it. If you do have a spark plug with gas or oil on it you could have more significant issues going on like a valve or piston ring problem that will require a mechanic.

Lastly, check the oil and refill or change it if the oil is dirty.

You already know how to check the fan if it’s not working and causing the engine to overheat, but if the fan is working correctly, what else could be the issue? Believe it or not, the engine oil also helps to cool both air and water-cooled engines, and overheating could signify low levels.

Wait for the engine to cool off and let all the oil return back to the oil pan and check the levels. Replace the oil if it’s low and check for leaks. Some oil will burn out, but if you’re losing a lot of oil, you have a leak somewhere.

If oil isn’t the problem, check the spark plug. Make sure it’s what Kawasaki recommends, an NGK DPR8EA-9. If none of these steps fix the issue, visit your mechanic.

What Do Owners Say About the Kawasaki Prairie 360?

Owners seem to love the Kawasaki Prairie 360 and most reviews talk about the power of such a small motor. Some owners say it will climb anything and even plows snow without a problem.

It’s a rugged little machine that can take what is thrown at it. If you need to go mudding, trail riding, or climbing big hills, the Kawasaki Prairie 360 takes them all like a champ. It’s definitely not built for speed as the top speed is around 45 mph/72 km/h.

Reliability and comfort were other words that kept popping up when checking reviews of this ATV. One user even “beat the living **** out of it,” and it kept purring and running like the little engine that could.

With all the pros, there were also a few cons as with anything. The biggest complaint seemed to be about the speed. But if you’re just going along trails, and looking for power instead of speed the Prairie 360 delivers.

Another issue with this quad is it tends to be a little top-heavy. Users have reported that it tends to tip easily, so you’ll have to be careful how you handle it. One last issue was with the automatic shut-off. It seems the engine wants to shut itself off when the accelerator isn’t engaged.

Ask a Professional About the Kawasaki Prairie 360

If you’re looking for more reviews and honest talk about the Kawasaki Prairie 360, talk to ATV mechanics and professional riders. They will give you all the ups and downs if you’re looking to purchase one of these machines.

The Kawasaki Prairie 360 was a great little ATV. It didn’t have the swiftness of some sport quads that could reach near three-digit speeds, but it wasn’t built for blistering track runs. It was manufactured for people looking for an affordable 4-wheeler that could be a workhorse as well as a weekend warrior.

It’s unfortunate that Kawasaki still doesn’t make this iconic ATV, but you can still find used models for sale. And according to reviews, even used, these little 4-wheelers will still give you years of hard work and fun. 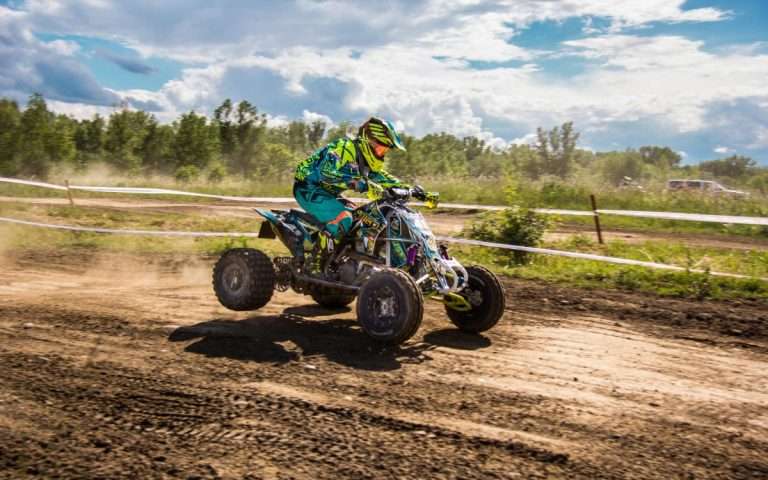 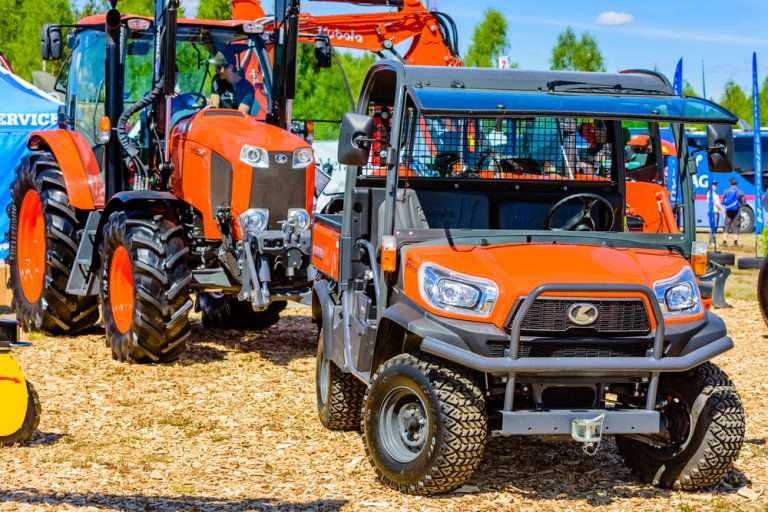 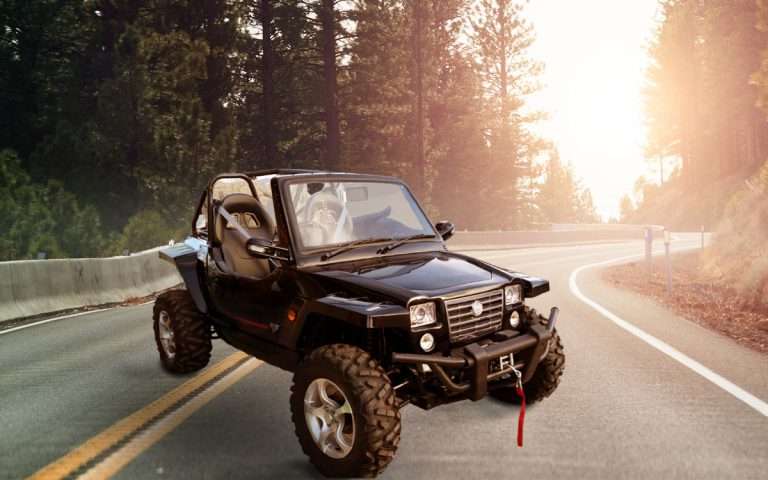