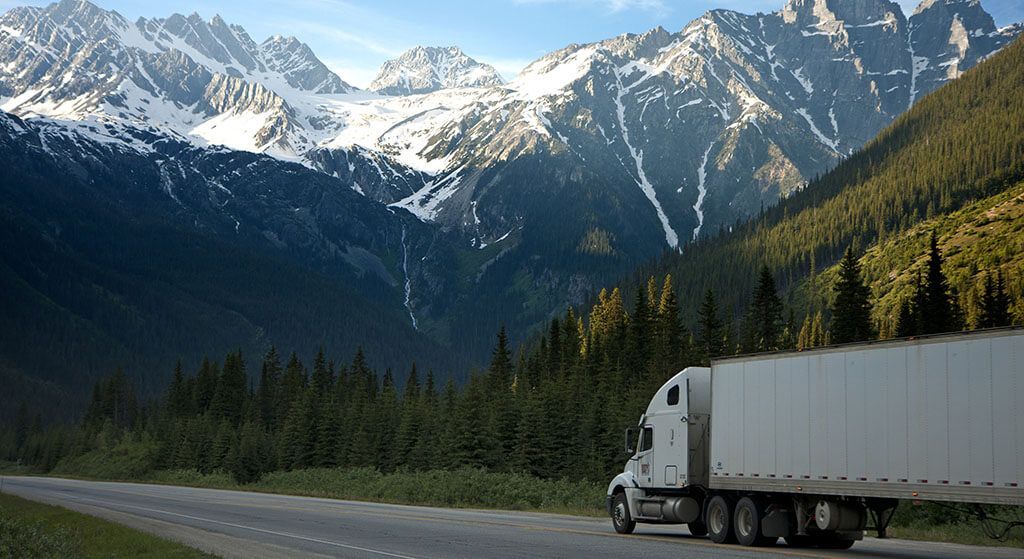 How Many Miles Can A Truck Driver Drive In A Day?

Before you can know how many miles a truck driver can do in a day, you first have to examine your current State Laws. That should give you a rough idea of what to expect. But generally, each state has slightly different laws and therefore it depends on where one is driving.

First and foremost, truck drivers don’t have set starting times or working times. They decide when to drive, either daytime or nighttime, or conditions on the road decide for them.

The only time they have starting hours is when they are returning from their off days and are starting the dispatch journey.

The total miles a truck driver can cover in a 24 hour period depends on many factors.

Factors That Influence the Speed of Trucks

There is a restriction on truck driver’s hours of service by the state. Most state laws in the USA limit a truck driver to driving up to 11 hours over a 21 hour period.

After that, they must take a 10hours sleeping break before getting back on the road again. Also, the driver is required to adhere to pretrip regulations within the 11 hour driving time. That reduces the driving time to about 10 hours and 15 minutes.

Also read: Is A Truck Considered A Car? What Are The Types Of Truck And Car?

In most states in the USA, DOT (Department of Transportation) law requires trucks to take between 15 to 30 minutes pretrip breaks during start off. The breaks are for inspecting the vehicle before embarking on the road.

The driver is also required to take another 30 minutes break in the middle of his driving shift. That is a total of between 45 minutes to one hour.

Most states limit the speed of trucks to a maximum of 60mph. In some states the speed is higher at 65mph.

Also, is the truck speed governed? Some truck companies regulate the speeds of their trucks.

Therefore your speed will depend on which state you are driving and whether your truck has a speed governor. The higher the speed, the more miles will be covered in a day.

Challenges on the Road

Being a truck driver does not only involve driving. It includes day to day cargo-related work and truck maintenance.

The weather also plays a part in a truck driver’s speed. When it is rainy, their speed is affected.

In addition, the geography of where the driver is driving is a major factor plus how much traffic is on the road. How straight or bumpy the road is will influence the speed of the truck. Also, is a section of the road under construction?

Fueling, waiting at a shipper, inspecting the vehicle are other road issues that significantly affect a truck driver’s speed on a daily basis.

Other factors include how comfortable the truck driver's seat is designed. You need to stay focused, be alert and concentrate on the road to avoid any kind of distractions. Therefore ergonomically designed seats are most preferred.

Also, a driver will be much faster on a road they are used to than a new road because they know what to expect on the road.

Whether you are a new or seasoned truck driver

Whereas truck driving is an adventure with an opportunity to view the country, it has its own unique challenges.

There are many adventures and challenges of being a truck driver.

The job is different from other jobs because you work both daytime and nighttime hours.

Therefore, truck driving requires an adjustment of the mind and body and general lifestyle change which takes a few months to do so. In that case, a new driver will most often do few miles than seasoned truck drivers. But, once you have been on the road for a few months, then you can expect to cover normal average miles.

Basically, a truck driver’s shift can be assumed to be about 21 hours legally. This is because they are allowed to work for 11 hours, and then they must take a 10 hours sleeping break.

But since a day is 24 hours, we will consider an additional 3 hours after their mandatory sleeping time of 10 hours.

There is a mandatory Department of Transportation (DOT) pretrip inspection time law of 15 to 30 minutes before departure.

You may also love to read: Why Do the British Call Trucks as Lorries? Here’s More Info

Then there is another mandatory 30-minute break to be taken in the middle of the driving shift. Also the maximum a driver can be on the road before taking a mandatory break of sleeping is 11 hours.

If you take 11 hours and less the mandatory break totaling about 45 minutes minimum, it leaves a driver with about 10 hours and 15 minutes of driving.

Then after sleeping for 10 hours, a driver can take another pretrip break of 15 minutes, before driving for another 2 hours and 45 minutes.

In total, a driver can do a total of 13hours in 24 hours. That is 10hours and 15 minutes before sleeping and about 2 hours and 45 minutes after waking up before a 24 hour period elapses.

If the maximum miles the truck can cover is about 60 miles per hour, then it means the driver can comfortably cover about 780 miles per day.

However, because the road is unpredictable and many factors end up slowing truck drivers down. Including work-related issues like fueling and loading of the truck. Therefore it is rare that a driver can drive for 13 hours in a day. Also, some roads require quite less speeds than 60 mph.

If your dream is to become a truck driver, or you are considering owning a business operating trucks, then it is safer to assume that a truck driver will cover about 500 miles on a good day.

The number of miles a truck driver will be able to cover in a day will depend on how many hours he is able to drive in a 24 hour period in addition to the average speed during the 24 hour period.

And the total hours the truck driver will do, will be dependent on the issues he will encounter on the road.

But the driver has basically a maximum of 13legal hours to be on the road.

Is driving a motorcycle hard? – Everything you need to know

What happens if you drive a motorcycle without a license in the USA?

What Size Motorcycle Should I Get? Handy Guide

Can you jump start a motorcycle with a car: here is what you need to know?

Motorcycle reverse gear – Have any? Everything you need to know

When to replace motorcycle chain and why?