The Honda Big Red is a multi-purpose utility vehicle (MUV) with easy maintenance and can handle a heavy load, making it a favorite on farms. Despite its versatility, the Honda Big Red is no different than other UTVs and has several common issues.

The typical problems experienced with owning a Honda Big Red include transmission issues, issues with performance, power loss, low ground clearance, and difficulty shifting. While it’s a well-built vehicle, you may experience issues as a driver.

Before purchasing a Honda Big Red, it’s best to understand potential issues you might encounter. Keep reading to learn more about the common problems with the vehicles as well as troubleshooting solutions.

What is the Honda Big Red?

The Honda Big Red is a side-by-side utility vehicle, first introduced in 2009, and offers drivers durability, hard-working capabilities, and usability. The large frame screams toughness, but the certified Roll Over Protection Structure (ROPS) provides safety and security as it meets OSHA certification.

Honda brought back the name Big Red from their original three-wheeler from the 80s. The last Honda Big Red three-wheeler was released in 1987 before the sale of new three-wheelers was banned due to safety concerns.

While the UTV isn’t known for being fast, with a top speed of 40 mph, it does provide excellent transmission and steering capability. Also, it’s an easy vehicle to maintain, and several additional features help customize your vehicle.

In addition, the Honda Big Red drives similarly to the Honda Civic and has a real automatic transmission and power steering. So, for example, even the door handle on the Big Red makes you feel like you are getting into a car.

Drivers appreciate the various gear selection: forward, neutral, and reverse, and the ease of selecting 2WD, 4WD, or 4WD with a differential lock on the second dash-mounted lever.

The Honda Big Red isn’t meant for dirt races, and users should focus on the utility aspect of the vehicle. Also, newer models have a contoured bench seat for added comfort.

You can also find the Honda Big Red in various colors like traditional red, camo, and green. Customizing your vehicle is an extra incentive that isn’t always available on all UTVs or similar models.

History of the Honda Big Red

.As mentioned previously, Honda initially produced the Big Red, a three-wheel ATC or all-terrain cycle, that offered drivers an off-road vehicle who were interested in something new.

The first three-wheeler model was the US90 in 1970, which was later named the ATC90 that could produce 7 horsepower on an 89cc four-stroke single engine.

In 1973, the “little brother” to ATC90 was introduced under the name ATC70, attracting younger riders. The vehicle offered easy-to-operate brakes and foot guards, making it ideal for kids.

Over the next decade, several new three-wheeler models were produced as sales skyrocketed. Each new model brought enticing features and can’t-miss accessories.

However, as Honda swapped their focus to ATVs, 1986 would be the final production year of three-wheelers. In 1988, sales of new three-wheelers were banned in the United States due to accounts of injury and death.

Honda began releasing new models of four-wheelers, including various versions of the FourTrax, which proved to be a tough and durable ATV.

It wasn’t until 2009 that Honda released the newest version of the Big Red with four wheels and many accessories. While the newest Big Red is different from the original, it’s a nice nod to the vehicle that helped pave the way for current all-terrain vehicles.

In addition, you’ll appreciate understanding common problems if you already own a Honda Big Red.

One of the most significant issues you’ll face with the Honda Big Red is the transmission, particularly in colder weather. For example, the gear might get stuck, and the vehicle won’t start until you are in a higher gear than usual.

To avoid the issue, it’s best to store your UTV in a garage to avoid the cold weather from agitating it. If your transmission is causing a problem, you should check the vehicle’s oil to ensure it is filled properly.

With proper maintenance, you may avoid transmission issues; however, it’s still best to address problems as they arise.

The Honda Big Red will sometimes shut off without warning, despite the lack of a reason. If your vehicle turns off, you should inspect it further, as the problem is likely not on the exterior. For example, you should ensure there isn’t a surplus of fluid jammed on the underbody shield.

If this occurs, your transmission will become dried out, leading to your engine shutting down. In addition, if your UTV sits idle for an extended period, you may have difficulty turning it on.

Honda Big Red models with low mileage have experienced a loss of power. For instance, users have reported that the UTV won’t shift gears when going up an incline, or you can lose control while going downhill at speeds of 15 mph or more.

Honda has said the issue is usually caused by a dilapidated camshaft, which has not been resolved. If you continue to lose power, it’s best to take your vehicle to a mechanic for maintenance.

Oftentimes, it’s difficult to find the exact cause without also inspecting the spark plugs, filters, fuel injectors, mufflers, and valves. If you are experienced in working on a UTV, you might be able to fix the problem; however, when in doubt, you should visit a professional.

The Honda Big Red doesn’t offer the most ideal ground clearance, which can interfere with your driving. For example, if you want to go over rocky terrain, you risk your vehicle getting stuck or damaged.

However, if you use the vehicle for basic farming, you shouldn’t experience any issues because of the low ground clearance. Also, the Big Red isn’t built for people who want to go off-roading. Instead, it’s meant to work and do a job.

While low ground clearance makes it easier to handle, it also means the vehicle is more likely to have a tough time going over a specific terrain. So, if you know the terrain you’ll go over is rough, you’ll want to reconsider the Honda Big Red.

Honda Big Red vehicles with more than 8,000 miles are more likely to experience shifting issues, particularly into 3rd gear. In addition, you’re more likely to have a problem when it’s cold outside.

Also, you can’t just change the oil and oil filters to fix the problem. Instead, the best thing you can do is allow the vehicle to warm up in colder months before driving. If possible, it’s best to store your vehicle in a garage to keep it out of cold temperatures.

You’ll also find allowing your vehicle to warm up will solve several issues you face as a UTV owner.

While you likely know about issues involving the original Big Red three-wheelers, there is one recall you should be aware of regarding the UTV. Since there hasn’t been a recent production of the Honda Big Red, we haven’t seen many recalls arise.

However, if you currently own a Honda Big Red, paying attention to recalls is always best to properly address significant issues.

2009-2010 Honda Big Red – Update the alternator stator/CKP sensor assembly, with the current assembly causing the engine to stop or fail to start

The Honda Big Red is unique because it comes across as a tough utility vehicle, but it’s best used for farming and hunting. In addition, Honda recycled the name of its 80s three-wheeler and gave it to the newest utility vehicle.

Common issues can arise if you own a Big Red, so you should review the problems you might have before purchasing one. While several issues can easily be addressed, it’s best to understand the difficulties you may experience as a Honda Big Red owner.

Despite its downfalls, the Honda Big Red has a lot to offer farmers or hunters who require a utility vehicle for everyday use. While you can’t go fast while off-roading, users will appreciate the durability and versatility of the Honda Big Red. 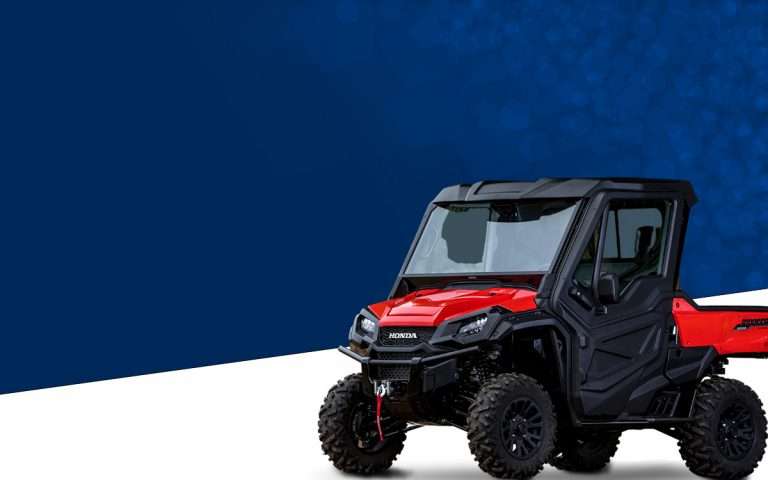 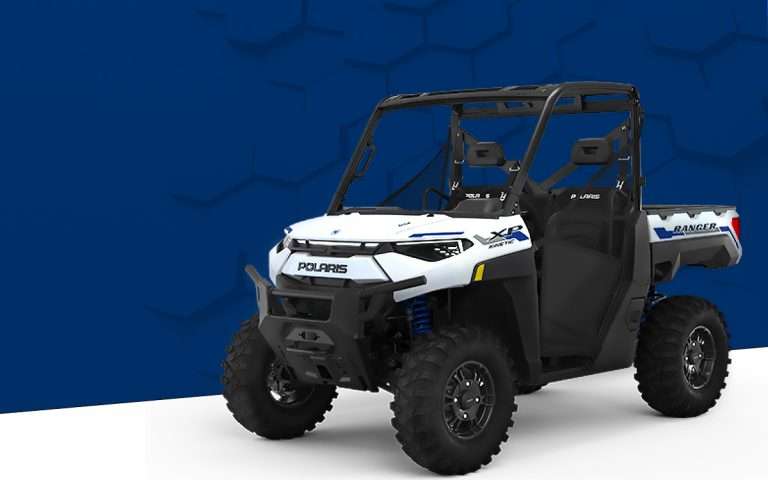 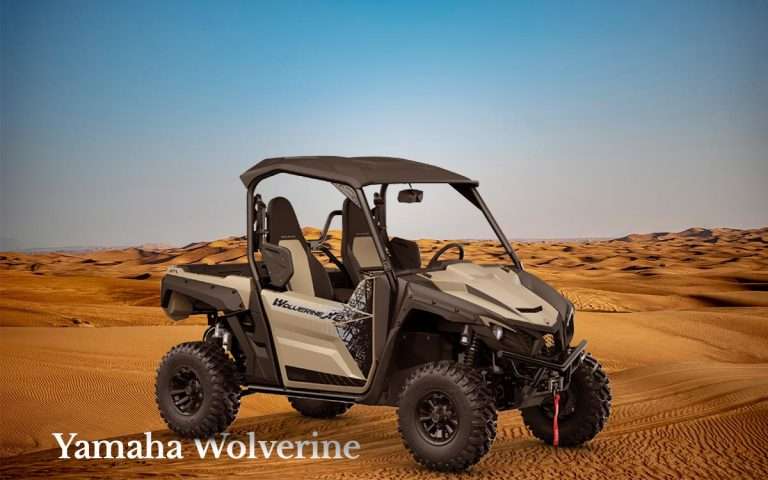