There is a reason why vehicle manufacturers specify the type of oil you need to use. The type of oil car model A uses may not be the same as the one car model B uses. Car oils are grouped depending on their viscosity, and they are many. But the most popular is the 5w30 and the 10w30. The difference between the 5w30 and the 10w30 is in their thickness. The former is thinner, while the latter is thicker. With this in mind, perhaps you wonder whether you can use the 10w30 instead of the 5w30? Well, hang on, let us see.

The engine of a car is its powerhouse. Without it, you cannot drive the car. Additionally, if there is a problem with the engine, the entire car will be affected. This is why your engine requires the correct type of oil to run. As a major part of a car, engines are expensive, and you would want to do all you can to make sure it is functioning properly at all times. 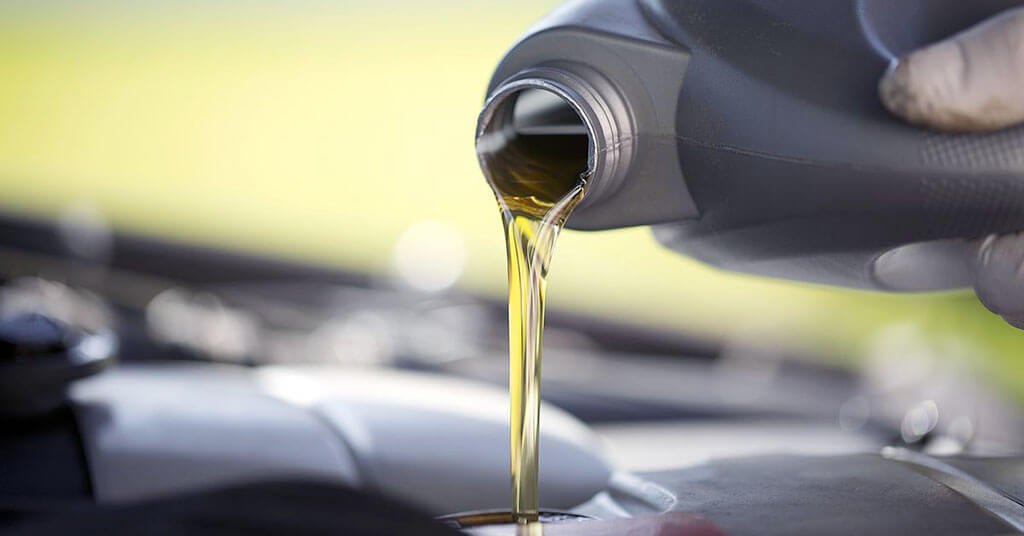 As earlier stated, car oils are of many types. These oils differ in their ability to work when temperatures are high, viscosity, and thickness. But is it wrong to use a different type of oil for your engine other than the recommended one? Maybe this is the question you are asking yourself when contemplating using the 10w30 instead of 5w30. The truth is many people ask the same question. So, don't feel like you are alone in this dilemma. Besides, you are on the right page as this article will give you answers to your question.

You are probably wondering what these numbers mean and why they have to be 5, 10, and 30 and not, other numbers. Well, this is what they mean:

10 and 5, which are the first numbers in the names of the two motor oils, refer to the easiness of pouring the oil under low temperatures. For instance, number five in the 5w30 means that the oil pours easily than 10w30 when temperatures are low. Therefore, oils with lower numbers are less viscous and easily pour. These oils are good at keeping the engine in proper condition.

Also read: Average lifespan of a Truck – Here’s What You Need to Know

Major Specifications of the 10w30

Viscosity grade, API SN rating, and ACEA are things you have to check for when it comes to 10w30 engine oils. The 10w30 engine oil fulfills all the API SN requirements. This API SN has its origins in the American Petroleum Institute, and it is a category of engines. The API SN means the engine can protect the engine pistol from deposits originating from the combustion of oil.

The 10w30 motor oil is excellent in controlling sludge because it does not form unpleasant gels or sludge at high temperatures. Also, the 10w30 engine oil is great with after the treatments.

As per the European Automobile Manufacturers Association, the oil should have ACEA A3/B3 or A3/B4 rating. The organization assigns sequences of oil for different engine oil categories.

This motor oil has several special characteristics and advantages. The 10w30 covers engine components with a continuous layer reducing friction between them. The engine is also protected from wear and tear and is kept cool when starting or stopping the car.

10w30 prevents engine parts from rusting, meaning it increases the life span of the engine. It makes the driver have a smooth and noiseless clutch and gear. Even when temperatures are high, the viscosity of 10w20 does not change. Biodiesel and biofuel engines perform well with 10w30 oil. Preferably the oil should be used in hot weather even though using it in cold weather is also possible.

For the 5w30 to be outstanding, it means that it's unique in various ways. The oil reduces friction between engine components by covering them with a continuous layer the same as 10w30. Moreover, it protects the engine from wear and tear and its components from rusting, consequently increasing the engine life span.

Its thermal stability is high, meaning that the oil is stable even when temperatures are high. 5w30 is very economical when it comes to fuel consumption. Only a small amount of oil is used in engine lubrication.

This engine oil is best for light-duty diesel, petrol, and gasoline engines. If you live in cold areas, this is the best engine oil for your car.

As you may have realized from the previous text, these two engine oils are very similar, and you may be wondering whether there is a difference between them. The answer is yes. Their viscosity is not the same.

The two are multi-grade, which means they function well when temperatures are high and low. The following are the differences:

The Automotive Society of Engineers gives the two engine oils viscosity ratings. The 'W' between the numbers refers to winter. When temperatures are low, the 5w30 and 10w30 are less viscous. But 10w30 is thicker than 5w30. The low viscosity of the 5w30 indicates that the engine oil is capable of protecting inner engine parts faster than its counterpart.

The lubrication provided by the 5w30 is better than that of 10w30. The 5w30 does well in light-duty petrol and diesel and private vehicles. On the contrary, 10w30 is best for vehicles using heavy load engines and commercial cars.

Your location is an important aspect in determining the type of engine oil you should choose. Even though both engine oils can be used in hot and cold places, the 5w30 works better in winter than the 10w30. On the other hand, in summer, 10w30 is the best choice.

Read another post: Why Do the British Call Trucks Lorries? Here’s More Info

By now, you know the differences between the two engine oils and their similarities, particularly concerning their viscosity before they attain optimum operating conditions. Before the oils get to the optimum operating condition, the 5w30 will move faster than the 10w30. If you are starting the car when in a cold area, it will be problematic because the 10w30 will take a longer time to get to the engine components.

Therefore, if you are living in a cold region and you are thinking of using the 10w30 instead of 5w30, you should stick to the latter. This also applies if where you live often gets cold. If you still go ahead and use the 10w30 engine oil, you will have a hard time during engine start-up, and this could even damage the engine. The 5w30 will function perfectly well in cold areas because it is thin.

But oil thickness or viscosity is not the only consideration you should make when choosing the right engine oil for your car because vehicles have different requirements. Therefore, it is important always to consult the user manual so you can choose the correct motor oil. It is not a good decision to grab the thickest motor oil in the market.

Very thick oil causes drag because of very high temperatures. Besides, very thick oils are a setback to the fuel economy. Using oils with very low viscosity is also a problem because they fly off within the engine damaging it.

So ensure you consult a mechanic whenever you want to change motor oils to give you advice on the range of motion oils suitable for your car.

Perhaps you are the owner of a high mileage car, which is why you are thinking of using 10w30 instead of 5w30. It is important to use the recommended oil by your manufacturer because this way, you will not get yourself in problems. You will enjoy the best fuel economy, and your car will be protected.

Over time, because of the oil engines use, the paths the oil uses to get to the engine are affected by wear and tear, leading to a low pressure sent to the engine from the oil. For the car to function optimally again, that gap has to be filled. Otherwise, the car will be slow.

To make up for the low pressure in the pipes, car owners opt for more viscous motor oil. So this could be what you are looking into. The thicker oil provides the required pressure even when the oil paths are worn out. You can go for it.

Additional Questions People Ask About the 5w30 and the 10w30

The first question people also ask is whether the two oils can be mixed. Yes, you can mix the 10w30 with 5w30, which will not affect the engine in any way. The two motor oils have the same synthetic and close viscosity, and that is why you can mix them. One will be topping up the other.

The second question most people ask when it comes to 10w30 and 5w30 is whether the former is better than the later or vice versa. Notice that from the above description, the best oil for your car will be determined by many factors, some of which are; manufacturer's recommendation and where you live.

Both oils are great. However, for great performance in all seasons, 5w30 is better than 10w30 because of the discussed reasons. Also, the 5w30 engine oil saves the user fuel money because it is very economical as it produces less drag on moving parts of the car. On the other hand, for cars with high mileage, or old cars, in other words, the 10w30 is better than the 5w30 because it seals old pipes which are damaged by wear and tear.

The main purpose of motor oil is to ensure friction between engine components is reduced, making sure the engine lasts longer. Viscosity is the main determinant of what category a particular engine oil will fit.

From the above description, you can realize that it is not a big deal to use either the 5w30 or the 10w30, depending on the type of engine your car has. Both engine oils are similar in many ways but also have differences. The 10w30 is more viscous than the 5w30, and this answers your question on whether you can use it instead of the 5w30.

Therefore, your needs, fuel economy, the effect on engine parts, and external temperatures are the determinants of what engine oil is best for your car. Consult the manufacturer's guide to knowing what oil is recommended for your engine because engines differ as car models differ.

If your car is old or heavy-duty, you should go for the 10w30 engine oil because of its high viscosity, which is necessary for promoting engine pressure in old cars. The 10w30 also seals oil passages that have been damaged.